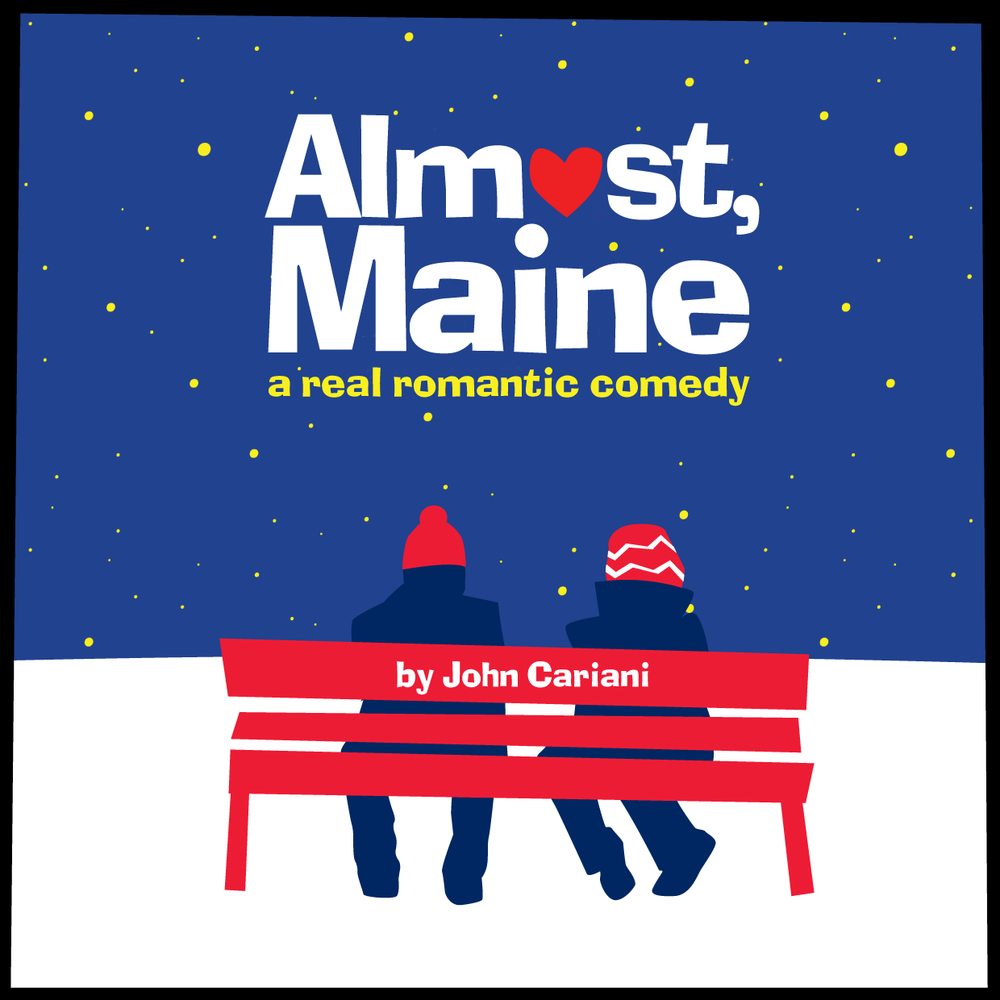 Welcome to Almost, Maine. A town so far north it’s almost in Canada. Well, almost. One cold, clear Friday night in the middle of winter, while the northern lights hover in the sky above, Almost’s residents find themselves falling in and out of love in the strangest ways. Knees are bruised. Hearts are broken. Love is lost, found, and confounded. And life for the people of Almost, Maine will never be the same. Almost, Maine: It’s love. But not quite.

There are 19 roles in the play. It was written to be performed by four actors doubling the various roles. The play is structured as eight vignettes with a Prologue, Interlogue and Epilogue. With the exception of the pro, inter, and epilogues, no character is repeated in any of the vignettes so we will may be doubling roles. I expect that each actor cast will perform in two, maybe three roles in two or so vignettes. This may change depending on how auditions go. I expect to cast 8-10 actors evenly divided, more or less between men and women. There will be roles for actors who can portray characters in their mid/late 20s to mid/late 30s and roles for actors who can portray characters in their 40s and 50s. This is an actor’s play with each role presenting unique and interesting challenges especially considering the characters appear in only one scene….a lot of role/character development in a short burst on stage…each character is its own “star turn” on stage. It is also a nice play to get involved with since the scenes are discrete and, at least in the early parts of our rehearsal schedule, not every actor will be needed for each rehearsal so the experience will be a little less intense than in many productions.

The OTC Fine Arts Department does not post pdf copies of plays on our website, however, Almost, Maine is readily available in pdf format on the internet, for instance at this web address: http://www.weathervaneplayhouse.com/Data/Sites/1/docs/almost,maine.pdf

Callbacks (Invitation only) will be held: Thursday, Sept 12, 6 p.m.

PLEASE RSVP to director Jon Herbert at herbertj@otc.edu with the dates you plan on auditioning.