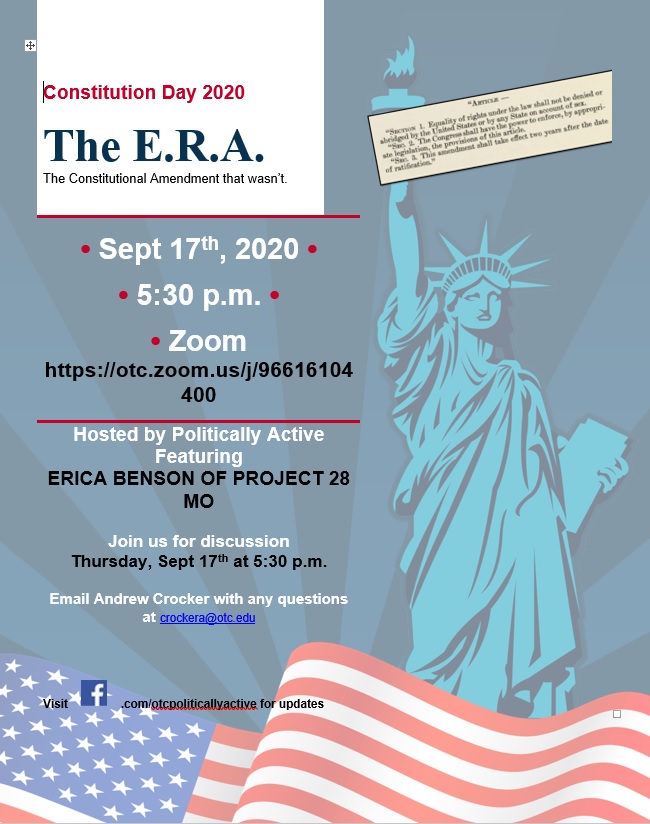 The U.S. Constitution has had 27 amendments attached to it for decades. Until the year 2020 came around. Now it might have 28.

The 28th amendment is the Equal Rights Amendment, which would prohibit the government from denying “equal rights” on account of sex. In January of this year, it seemingly met the constitutional requirements to be added to the Constitution. So what happens now?

The Equal Rights Amendment explicitly insists that women receive equal rights to men. But do they not already? What would this amendment accomplish? And why isn’t it in the Constitution now?

Join Politically Active, OTC’s nonpartisan politics club, as we discuss this issue with Project 28’s Erica Benson. It will be held on Zoom: https://otc.zoom.us/j/96616104400